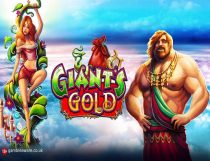 Giants Gold is a slot machine developed by WMS. The only way you wouldn’t hear about the WMS company is if you are a brand new player and in that case you should know that it is one of the greatest firms in the entire online gambling industry. 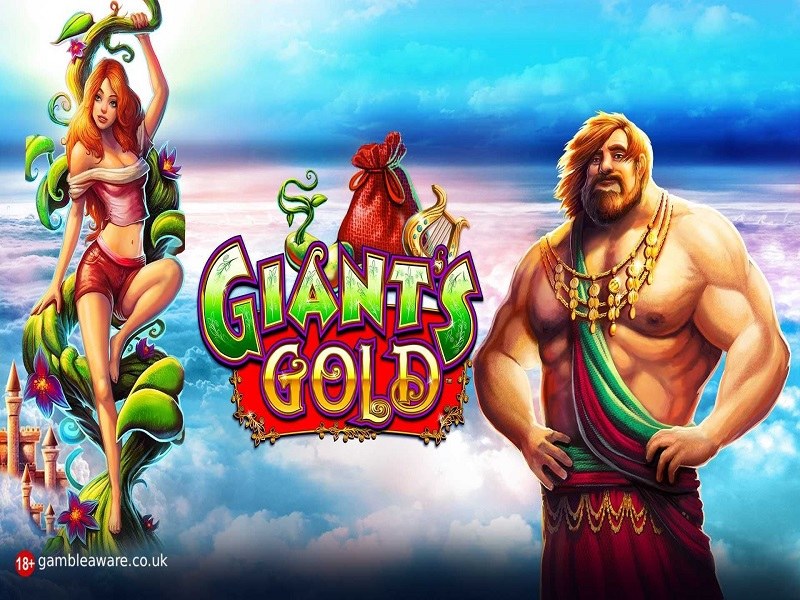 They are known for their slot machines based on fairytales, and Giants Gold is one of the best examples of their work in that area. The production of this game was inspired by the Jack and the Beanstalk tale. It has a slightly different structure than most players are used to:

The mains set of reels includes:

On the other side of the screen, in the colossal set of reels there are:

To make it even more interesting, they implemented 100 paylines, divided by the two sets. Players, however, cannot change the amount of active ones individually between the two sets, as changing the “Active Lines” value in the bottom right corner will automatically decide which ones turn on/off on which set.

Do not get confused by all the lines and pictures spread across the entire gaming screen, as the gameplay is fairly simple. The colossal set of reels is just there to help you form more winning combinations and increase your chances of winning.

To prove that, WMS officially announced that the RTP for this game is 96,21% which is above the average for this type of slot machine.

By increasing or decreasing the number of active paylines, or by checking the last page of the paytable you can see how those lines are spread across the columns.

The paytable also includes information about each individual symbol in the game, allowing players to see them all and read their values. Each sign, from the least to the most valuable one requires 3 of a kind to form a winning combination.

Playing card numbers jack through ace bring the lowest value starting at just 0.05 credits for 3 of a kind, while the wild card goes up to 5.00.

As usual, this game developed by the WMS firm has a bonus feature titled “The Golden Egg”. It is obvious why it’s called like that, considering that there are golden egg symbols appearing on the reels 1, 3 and 5.

Whenever three of those appear on the main reels, the special feature is started. A player is awarded 5 gratis rolls witch a chance of getting an additional free spin for each golden egg landed during the addition itself.

There are no limits on how many times the player can re-trigger this feature, moreover 100 bonus rounds can be obtained after landing 40 egg signs consistently throughout the feature.

Keep in mind that special symbols appear in the colossal set once the free spins are activated, improving the chances of winning hundreds of free rolls without stopping. There are 60 fields in the colossal set and two thirds of that shall be covered to get the most out of the feature.

Climb To The Top

Just like the Jack in the popular fairytale, you can climb your way up the profit ladder by getting lucky and landing the most valuable signs. It is important to know that the outcome of each individual round is random and cannot be affected by anyone but the machine.

The first reason why players should stick to the Giants Gold slot machine is the theoretical return to the player which, as already mentioned, stands at 96.21%. Gambling on this machine long-term over some other machines with the RTP below 90% is much more valuable in theory, but as everything is randomized, no one knows what could happen.

Try to have as much fun as possible and learn as much as you can with the demo credits available in the free version of the game. In case your funds go to zero in the free mode, you can always refresh the page or restart the app in order to reset the balance. This can never be done when playing for real cash, as once it’s gone there is no way of getting it back besides going on a winning streak or winning huge a few times (depending on how much is lost).