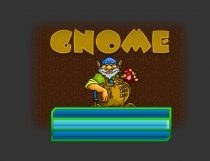 Igrosoft is a Russia-based gambling software development company founded in 1999. Even though they were not involved in the online gambling industry from the very beginning, they soon realized how big the market was and immediately started making online games as well as the land-based ones. 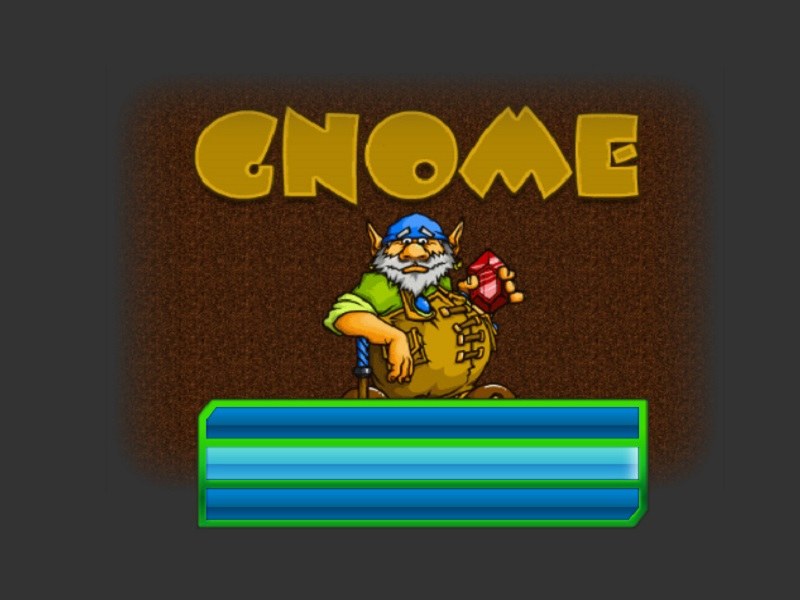 Gnome slot machine is one of the products Igrosoft team is most proud of as it has the elements of both real life machines and online slots. Considering that the game was made a while ago the graphics are outstanding while the betting interface is designed to look exactly like all the old-school tables.

The players are facing three rows, five reels and nine optional paylines in this game. Gamblers can choose between 1, 3, 5, 7 or 9 lines and the total stake increases along with the number of active lines.

The animated gnome figure in the bottom left corner proves how much work and dedication was put into the design of this game, which players appreciate more than anything nowadays, when the design of a machine is extremely important.

Fairytales and legends say that gnomes were dwarf-like creatures who were guarding the underworld’s treasure. That’s why they are so often connected with regular miners and why Igrosoft used pickaxes, hats, trolleys, etc. as an inspiration to design the symbols.

All symbol payouts and possible combinations are listed in the paytable. At least three hammer signs on an active payline are required in order to get at least some return.

Besides substituting for all the regulars, the wild card also allows players to win up to 3750.00 credits when all five are aligned. The gnome’s face is representing the wild icon.

Keep in mind that some of the prizes might return less than 50% of the invested amount for a single round. For example, if a player bets 0.01 credits per line and only three hammers are connected, that means that the difference between the investment and the winning is minus 0.06 credits. However, combinations like that often occur on more than one line providing a profit for that spin.

Igrosoft implements unique bonus additions in the vast majority of their games and Gnome is no different. Three bonus signs will activate the bonus game, regardless of how they are positioned on the table, as they do not even have to be on a unique bet line.

Five trolleys will appear on the screen (will be pushed onto the reels by the gnome himself) and it is up to the player to choose which one should be turned over and emptied. Each trolley has a chance of dropping gems onto the reel surface. If mud appears, the gnome will protect himself using the umbrella, resulting in no multiplier or winnings.

If each container drop out jewelry, then the final additional round is activated where players may choose between two treasure chests. One of those two chests always hides a huge instant cash prize while the other immediately stops the bonus round.

If any sort of a winning combination appears at the end of a regular spin, players can either collect the prize or try gambling it. Clicking the start button will end it there and lock in all the prizes, while the bet max activates the gambling feature.

At the beginning of the gambling game, four cards are facing down while the fifth is shown to the player. The goal is to pick one of the face-down cards that has the value greater than the card shown at the start. Each correct guess doubles the current prize. Keep in mind that one wrong guess stops the game and everything won in that round is lost.

Even though gambling each prize might sound appealing at first, keep in mind that higher the value of the face-up card, harder it is for you to find the one with the value greater than that.

This risk game is different from the others, where players get to guess the upcoming color or a suite and the chances are not 50:50. The chances increase if the card shown at the start has a value of 2 or 3, which should be an easy guess. However, there are no guarantees and everything can be lost even if it is theoretically unlikable.