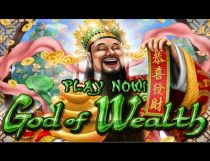 God Of Wealth is a modern slot machine developed by the Red Tiger Gaming company. Even though Red Tiger Gaming is a new firm, founded in 2014, their team is full of veterans from the online gambling industry with years of experience in software development, design and management. 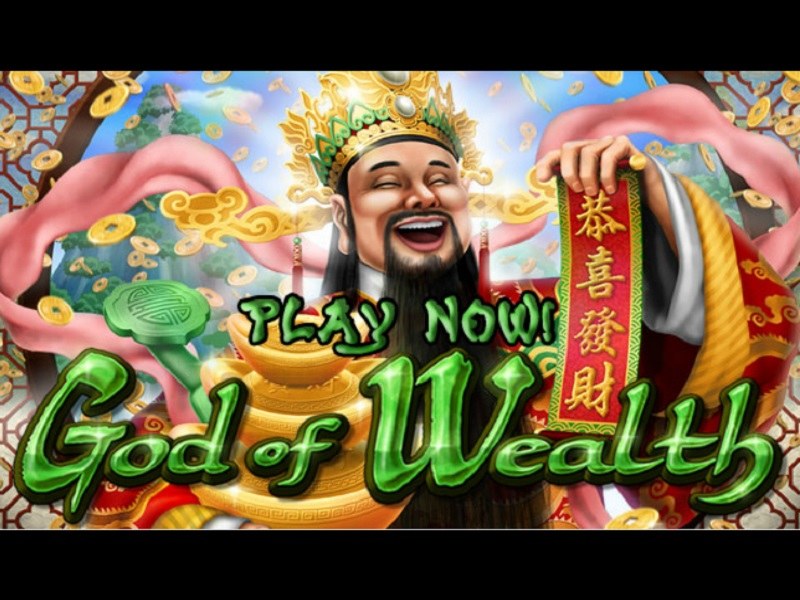 The company is focused on developing games inspired by western and Asian culture. The God Of Wealth slot machine features:

The formation is a standard one including five reels and three rows. There are 20 fixed paylines. The gameplay complexity is significantly reduced because of that as there is only one optional parameter used for the total stake adjustment.

The game is well-optimized and works great across all devices and it even changes the way interface works. Anyone with a smaller screen can click the total stake button to open up a list containing all betting options, while those on PC’s and laptops can use plus and minus signs to change the value.

The Minimum And The Maximum Stakes

What differentiates God Of Wealth from the majority is the huge betting span. Those who are betting low amounts can bet only 1 cent per line ($0.20 in total) per round. On the other hand, high-rollers can spend as much as $500.00 in a single spin.

It is not that easy to find machines with the five by three structure that has such a great betting span and Red Tiger Gaming did the right thing by increasing the upper limit for this one.

By clicking the “i” or the “pays” button located right below the 4th reel, and sliding to the second page, players can see the entire paytable. Ten has the lowest value while the wild has the highest possible payout of x500!

That means that those who are gambling at the maximum stake can get $12.500 from a single line in case all five wild icons align! At least three same signs are needed in order to get some of the invested money back.

To activate free spins, the player needs to land three scatter symbols at any positions on the reels. Keep in mind that they do not need to be aligned on an active payline.

The number of free spins is not fixed as it is determined by the number of gold pots landed on the scatters. It is a special animation triggered by this feature where the God Of Wealth is throwing golden pots, landing a random amount.

In addition to free spins, wilds are added randomly all across the table with a chance of combining a huge three by three block that covers 9 out of 15 symbol fields.

In case 3 bonus signs appear in anywhere on the columns, the special Scroll Bonus addition is triggered. This is where multipliers come into play as players are asked to choose one out of many scrolls on the screen, each one hiding a unique multiplier on the other side. The maximum is x138 which is applied to the current stake (the one that was used to play the round which activated the Scroll Bonus feature).

It is reasonable for bonus signs not to appear as much as others as multipliers applied to the stake may result in highest possible payouts in the entire game.

This game, just like any other slot machine, should be used as a source of entertainment and joy, and by no means does it guarantee a profit. However, those who are lucky enough to pick the most valuable scrolls and land as many wilds as possible are going to win huge!

Keep in mind that the multiplier from the scroll bonus round is applied to the total wager, while all other symbol multipliers are applied only to the payline containing a winning combination.

If you are playing for real money, always check the stake bar after re-joining the game before spinning as it may be changed (restarted) by the system, depending on which casino are you playing at.