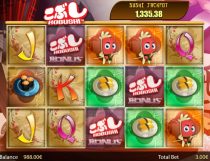 The folks whose job is to conceptualize, design, and create the immersive slot games that players enjoy playing spend a great deal of time, effort, and expertise coming up with these games. In the pressure cooker world of the online gaming design, the desire is always to develop the next big thing that will capture the attention of players for a long time. With this in mind, a lot of creativity and out of the box thinking is employed to produce slot games that have more than a bit of wow-factor to them. 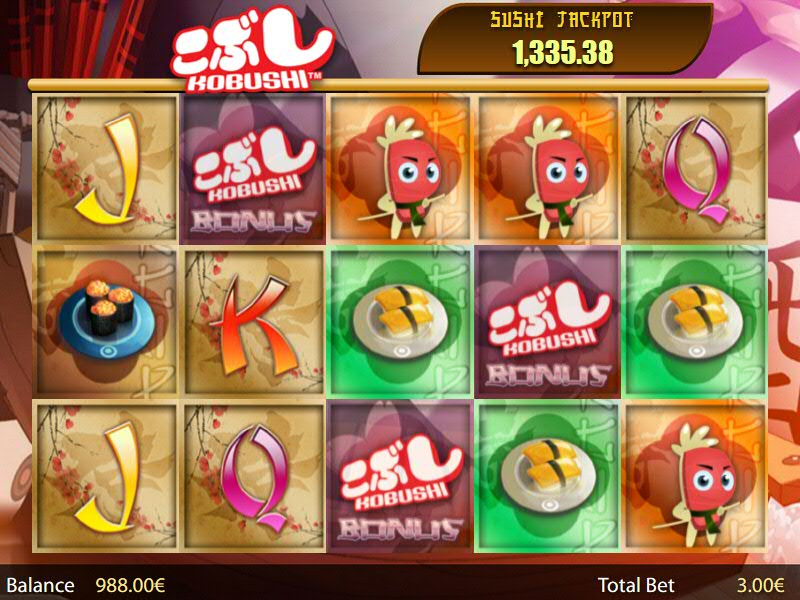 It is common to see a rich assortment and diversity of the themes chosen by game platforms such as movies and other pop culture references. As players, it is common to chance upon some title with truly bizarre, yet enjoyable themes. Every now and again, a unique and imaginative pokie is released that sets itself apart from the lot in terms of its concept, design, and theme. Kobushi, the slot game release from the creative stables of iSoftBet is one of such titles.

Features of the Kobushi Slot Game

With 5 reels and 30 paylines, Kobushi is an immersive slot offering from the iSoftBet Gaming Software catalog. It is a progressive video slot inspired by the hit Television Series of the same name which was popular in France, showing on ABC. This title utilizes several elements from the show, including some of the popular characters like the various fishes and the purple octopus.

The TV show revolved around a Japanese restaurant, where just like in Toy Story, the sushi comes to life when it is nighttime. These sushi characters are expert ninjas capable of some of the most ridiculously stylized ninja-fighting.

The game symbols all have square shapes and are arranged in a grid that has a 5 x 3 arrangement. Apart from the playing card symbols that have the same background color, all other symbols are adorned with backgrounds of different colors. Some of the unique symbols in this production are sushi rolls, cherry blossoms, koi fish, sashimi and of course, numerous sushi symbols wearing colorful costumes. In addition to the sushi-themed symbols, the soundtrack for the game is a masterful Oriental composition which accentuates the mood and feel of the game.

In this particular slot title, the scatter symbol is a sushi roll. There are also two jackpot symbols, and the wild symbol is a green colored ninja with a mean look. In addition to these aforementioned symbols, this video slots title also has Kobushi Bonus symbol, Big Cat Bonus, and Free Spin Bonus.

This particular production does not succumb to the problem of making its structure too complicated for players. Many a time, players find slot games with complex setups to be a little too tedious. The interface is simple and straightforward thus making it easy for players to enjoy.

With the 30 win lines and the 5 reels structure, the Kobushi slot game also offers players the opportunity to play fewer. To do this, players can choose 1, 5, 10, 15, or 25 win lines. The setup of the game also allows gamers to select coin amounts as well as line bet which can both be paired with the number of paylines to arrive at the value of the total stake per spin.

There are a number of settings in this pokie such as:

The bonus symbols for this title are purple symbols, and they bear the game logo. Landing at least 3 of them anywhere on the slot screen activates the bonus round which gives players the opportunity to play for the progressive jackpot or win 15,000 credits.

Landing at least 3 white cat bonus symbols triggers the Big Cat Bonus which offers gamers multipliers, extra set of wilds, as well as free spins. Players even have a shot at the Free Spins Bonus during this round as they are both activated together.

The uniqueness of the design and the immersive nature of the gameplay make Kobushi a firm favorite of players who take a fancy to classic video slots. Simple, yet elegant, this pokie is definitely one to look out for and enjoy.