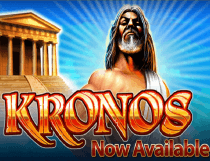 People from WMS Gaming software developing company have decided to release yet another online video slot based on Greek mythology. They named this game according to one of the Titans, Kronos, who was the father of Zeus and his brothers and sisters! Equally exciting as the Greek mythology itself, this pokie will bring one a lot of fun, plenty of additional features and generous potential payouts! All of this in the following text! 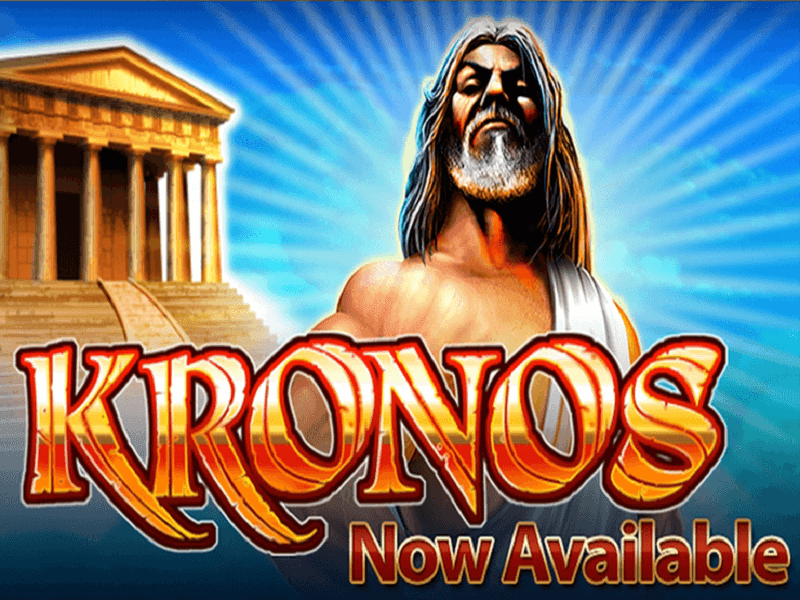 Kronos is a 5-reeled online video slot that contains 20 paylines overspread across those reels. In the list below is all general info about this entertaining game:

There is a mobile version of this amusing slot. It is supported by both of the leading platforms, iOS and Android in instant play mode. There are some slight modifications, such as 30 paylines, instead of 20 embedded in desktop/laptop version. Everything else is pretty much the same. Kronos mobile runs very smoothly, with top-notch graphics and resolution, adjusted to all screen sizes.

There are eleven symbols overall embedded in Kronos slot machine. Eight of them can be considered as ordinary tokens, plus there are scatter (feature), wild and Kronos icon.

Ordinary symbols can be divided in two groups:

Among them the ones that are worth the most are Pegasus and Acropolis symbols. For five of them placed on an active payline one would score a prize of 600!

Lower paying ordinary tokens have two variations, B and T variation. Both of them substitute the base symbol.

Feature token is in fact the scatter, illustrated as a gold medallion with a letter K. For three or more of them landed anywhere on the reels, one would trigger the free spins feature that carries a certain amount of costless rolls and that amount depends on the number of gold medallions landed:

Wild is illustrated as a golden lion head. It has the ability to substitute all the symbols, except for the feature token in order for the players to complete their winning combinations more easily. It appears on reels from 2 to 5 and it unfortunately can’t form the winning combination on its own.

One of additional features, the free spins feature has been already mentioned in the previous text. Except for it, Kronos has some more interesting things to offer. The first of them is so called stacked wilds feature. It means that wilds have the ability to stack on to each other in order to eventually cover the whole reel with wilds, which significantly eases the process of creating a winning combination.

Wild carries another feature – Extra Wild and both of these additions appear in free spins mode only.

Kronos represents another successful creation from company WMS. As the successor to the famous Zeus slot, it completely fulfilled all the expectations considering graphics quality, gameplay and of course, additional features and prizes.

One response to “Kronos”