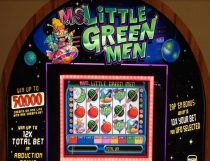 Are we alone in the Universe? Well, that is the exact question that will continue to be a mystery for humankind, as well as the inspiration for many movies, TV series and shows and of course various games. Among them there was one company, SGS Universal, which stands as the creator of Little Green Man online slot machine! This amusing pokie is one of the last from the alien-themed slots and at first glance it looks very entertaining with all those goofy, cartoon aliens. The background theme follows the title completely and the overall design is very neat, in order for the players, especially new ones to ease the process of getting into the game. 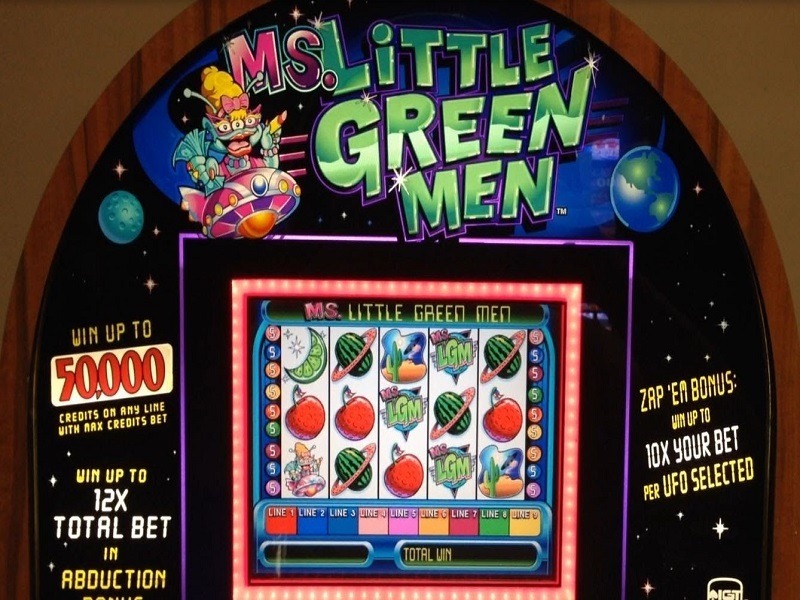 Little Green Man online video slot consist of 5 reels in total with 25 paylines overspread across them. In the list below is some of the general info about the game:

A mobile version of Little Green Man hasn’t been released yet, so the players would have to enjoy it via desktop/laptop configurations.

How to Win in Little Green Man

This creation from SGS Universal comes with a total of 11 symbols included. Among them one can notice regular tokens as well as the wild and the scatter.

Those ordinary icons can further be divided in two categories:

The wild is displayed as a picture of alien ship abducting a human being. It has the ability to substitute all the symbols, except for the scatter, in order for the player to complete his winning combination more easily. It can’t form the winning combination on its own.

The scatter is illustrated as a red giant star with a word “SCATTER” written over it. It carries the largest payout of all (jackpot prize) for five of them landed on the reels, regardless of their position. The value of that payout is an astonishing 25000 credits! Besides that, for three or more scatters placed anywhere on the reels trigger the free spins feature in which the player gets awarded 12 costless spins. And not just that, each of those spins carries a x5 multiplier for all accomplished winning combinations!

Except for previously mentioned free spins feature, this diverting slot has another addition to offer – double feature! It allows the player to choose either to double his winnings simply by guessing the color of the next card drawn from the suit! If one succeeds, the prize gets double, but if not, one goes back to the base game empty handed.

As said above, the design of the interface is very neat, not overcrowded with button. The center position belongs to the reels and all the buttons are ordered below them:

One response to “Little Green Man”