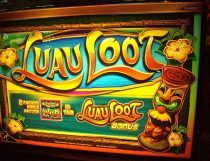 Released back in 2012 as a part of G+ series of slots, developed by Williams Interactive, this amusing slot machine will certainly bring one closer to Hawaii’s wildly fantastic nature! So, if you are into fine sand beaches, warm water and refreshing cocktails (and who isn’t?), Luau Loot already has tendencies to become your game of choice! 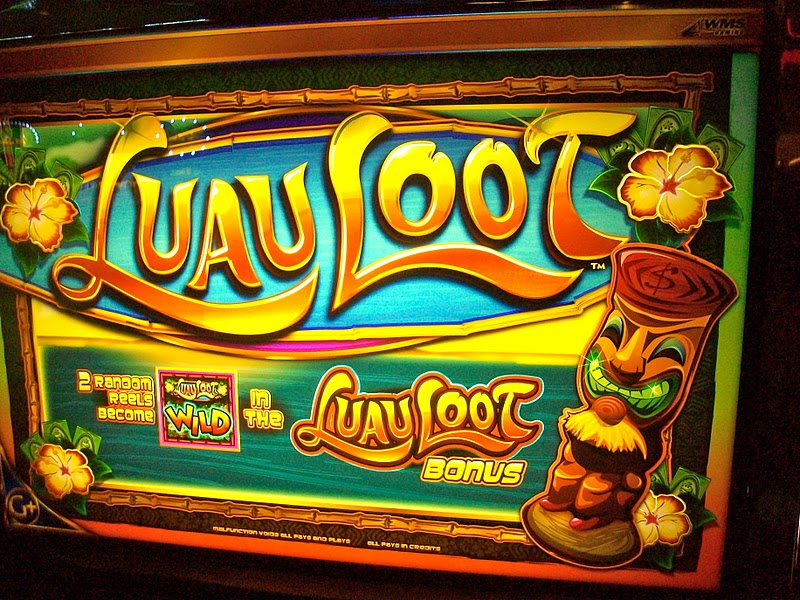 Background theme and interface are designed to follow the title perfectly. In the background one can notice a nice beach with tall palm trees. And those tropical flowers placed around the game’s title only complement the overall impression. The symbols are also illustrated in accordance with the title and one can see coconuts, surfers, macaws, hula dancers etc. All this combined with a generous jackpot prize of 7500 credits makes this game even more appealing to the players!

Luau Loot is an online video slot that consists of 5 reels in total with 25 paylines overspread across them. All other basic info will be displayed in the list below:

How to Win in Luau Loot

Before we jump right to symbols and their paying combinations, here is a quick reminder of wagering options. As said above, one can adjust the number of active lines, as well as the amount of the bet per one line. They determine the value of the total bet (maximum wager) one can place and that value is 75. Number of lines can be modified using the “LINES” button and by clicking the “BET/LINE” button, one would affect the value of his wager per one line.

Luau Loot online video slot contains 11 symbols overall. Among them one can notice ordinary ones, as well as the wild and the scatter (or as it is in the game, feature icon).

Ordinary tokens can further be divided in two groups, considering the prize they carry:

The wild symbol is illustrated as a colorful logo of the game itself, decorated with various flowers. It has the ability to substitute all symbols, except for the feature, in order to help the player to complete his winning combination. But it can also form the paying combination on its own, carrying the biggest prize there is (jackpot)! For five of them landed on an active payline, one would win previously mentioned 7500 credits!

A picture of sunset represents the feature symbol (scatter). Unfortunately, it carries no payouts.

Given the fact that there is a feature symbol, one could conclude that Luau Loot has some addition to offer. Well, it’s about the free spins feature. If one manages to land three or more feature symbols anywhere on the reels, he would score a certain amount of costless rolls:

3 or more scattered scatters in this feature can retrigger it, carrying 5 additional costless spins. Plus in every free spin two random reels become covered in wilds!

One response to “Luau Loot”