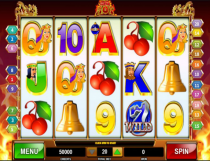 Amaya Gaming Group is an extremely popular gaming development company that exists for over 16 years now. Cadillac Jack is one of the members of that group dedicated to the online slot machine development department, where they have been very successful for a long time now. 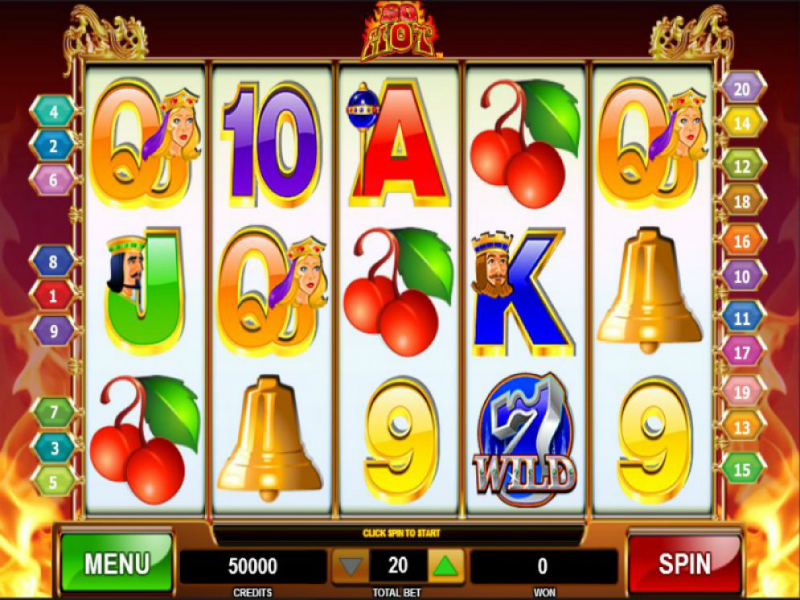 So Hot is one of the games Cadillac Jack company developed a long time ago, reminding us all about the good-old fruit slots. However, they completely re-designed the game but bells, cherries and lucky sevens are still there.

The structure is also different compared to the old 3×1 fruties as it has:

Just when you thought it does not get any more simple than this, they decide to fix all 20 paylines in place. According to hundreds of comments written by their fans, it seems like this does not bother many people, simply because there are other games made by Cadillac Jack with different themes and various winning systems (up to 100 paylines or 243 and 1024 ways to win).

There are two wilds signs in the game:

There are no functional differences between these two, as they only differ in the design. Both signs substitute for any other symbol from the paytable, except for the fire-heart scatter.

What’s even more interesting is that these two can make combinations together, acting as each other.

There is an intern jackpot in the game, which can be won by connecting all five wilds on one of the 20 paylines. The jackpot value is fixed to 5.000 credits, which allows those who place 10 on each line to win 50.000 of those! The final amount depends on what the credit value is and how many of them are on each line.

Players can win 5, 10, 20 and 60 free spins by landing 2, 3, 4 and 5 scatters anywhere on the reels, respectively. It is extremely rare to see a machine that awards more than 30 gratis rolls, and what’s even better is that all wins obtained throughout the addition are doubled!

However, the jackpot reward for all five sevens cannot be won during the free rounds feature.

Play So Hot For Real Money

If never tried the real money slot machine mode, this might be the right time to get started for the following reasons:

It is very risky to play at the maximum stake, because some of the least valuable signs only get back the half of what’s invested even though all five are connected on an active payline. On the other hand, those who do not risk cannot expect to win anything big that fast.

As the Amaya Gaming Group is connected with some of the most popular casinos in the world, it is available to people from almost all countries and continents. The only thing you need to do in order to play is to sign up and deposit money.

Make sure to check all the bonus offers before you decide to create an account, as you might miss an opportunity to get free money. Claiming the no deposit bonus is always a good idea if you are just getting started with the real money gameplay.

The RTP for the So Hot slot is 94.64%. Some people might see this as a downside, but others will see it as an opportunity. The percentage is a little bit under the 95% mark because of the few symbols that only pay back the half of what’s invested in that round even when all 5 are connected.

It is a low volatility slot, as card value icons appear very often, even though they do not pay that much. It is always nice to see that the jackpot reward is present and available to anyone who decides to spins the reels of this game, without requiring the one who is playing to invest additionally in order to participate in the prize pool.