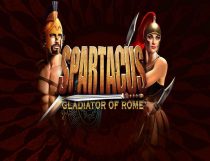 The story of Spartacus, a Thracian-born Roman slave, is recognised the world over and is told as a symbol of fighting against oppressive rule. The gladiator is known for leading the most prominent slave rebellion in ancient history, and punters can get a glimpse of the war when they play Spartacus for free. 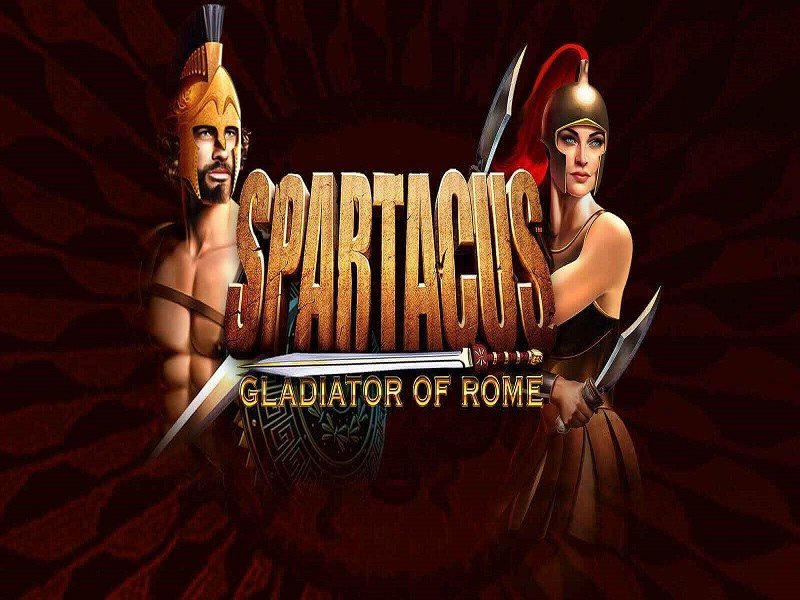 This slot game is a 2014 release by WMS and is renowned as one of the most popular titles by the software provider. The demo play slot machine is famous for not only being based on an inspiration figure but also presenting the colossal reels feature that Williams Interactive is well-known for. The RTP game is also dotted with free spins and multiplier bonuses, all of which are expounded on in this Spartacus UK slot review.

Gamblers are given a front-row seat to witness as the gladiator leads his army of rebels against the Roman empire on two instead of the usual one grid. The main play table in Spartacus slot game is placed to the left of the screen and features a standard 5×4 arrangement. The second one, which is made up of colossal reels, features five reels that are stretched on twelve rows.

Both grids are made in a light brown shade that compliments the 3D images used as symbols. Not much detail is included in the backdrop with dark brown curtains covering the top and two bronze pillars flanking each side of the screen. The clinking of metal and shouting of soldiers can be heard in the background, which tells of the bloody battle ensuing between the rival armies.

Spartacus slot demo and real money machine use more than the colossal reels feature as an attraction to get players to gamble. The game awards payouts and bonuses despite the army that emerges as the winner. These winnings include:

A sleek gold and blue control panel is placed beneath the main grid in Spartacus slot online free version to aid in the gameplay process. Using the bar, players can set their desired stake value from 0.01 to 5 credits per payline. The number of win lines that remain active per spin can also be adjusted. When spinning the reels, players can use the curved arrow for manual spins or the two curved arrows for as many as 200 automatic spins.

Spartacus slot online features 100 bet lines that run across both the main and colossal grids. When three or more characters of a kind land on these patterns, players are awarded the corresponding combo value. The granted amount is determined by the bet used. When five credits are used per line, the winnings are:

Spartacus online slot is open for exploration using real money bets in a range of WMS casinos, including LeoVegas, Slots Magic, Fun Casino, Casumo, and Ladbrokes. Each of these gambling sites tables varying promotions and demands to become a member.

WMS, known as Williams Interactive in full, has been around since 1994 and has maintained a high profile with riveting slot releases to date. The gaming company runs under Scientific Games, and it focuses on the production of slot machines. it currently has hundreds of titles under its wing, and some popular ones include:

Is Spartacus online slot available to play for free?

Yes, it is. Gamblers can play Spartacus Slot for free in any of the WMS casinos that list the game in their catalogue. Spartacus free play online version is also offered in slot-review sites affiliated with Williams Interactive. In the demo version, punters can explore the bet limits and bonus features without the pressure of a real money commitment.

The game does feature a free spins bonus that is awarded when three or more Colosseum scatters land on the grid. The scatter icons only land on the first, third, and fifth columns on both the main and colossal reel sets.

What is the RTP percentage of Spartacus Slot?

The RTP rate stands at 95.98%, which is steady for a video slot. This percentage cannot be used to calculate the definite winnings that one can expect to collect, but it gives a vague idea of payouts in the long run. The RTP percentage is the same in both the free and real money versions of the high variance game.

The ability to play Spartacus slot online using incentives depends on the WMS casino tabling the offers. In some cases, the offered bonuses can be left open for use in any of the games included in the gambling den, or it can make the shortlist of those that the reward can be used in.

Spartacus online slot may be considered a classic slots game by today’s standards, but it offers an experience that has yet to be frequently mirrored even by current releases. Visit our website to explore the wonders of this ancient-themed game in Spartacus slots free play version with no registration, download, or deposit requirements.