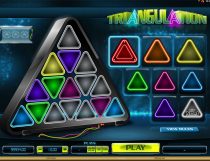 One thing that holds the key to success when it comes to casino slots, particularly the video slots, is innovation. Microgaming is an established international gaming developing company that has never been afraid to think outside the box. Triangulation slot is a perfect illustration of the procedures the firm is ready to undertake so as to innovate and give gamers something they can truly love. As players will be able to note, the Microgaming’s Triangulation is not an arcade-style game, but despite its unusual format, it is still considered as a slot game. With its unique game format and neon colors, Triangulation presents a special feeling of the space age. Players playing for the first time may find it to be a bit confusing, something they’ll cope up with as the game progresses. Triangulation is a non-progressive game with a process of simple gameplay. 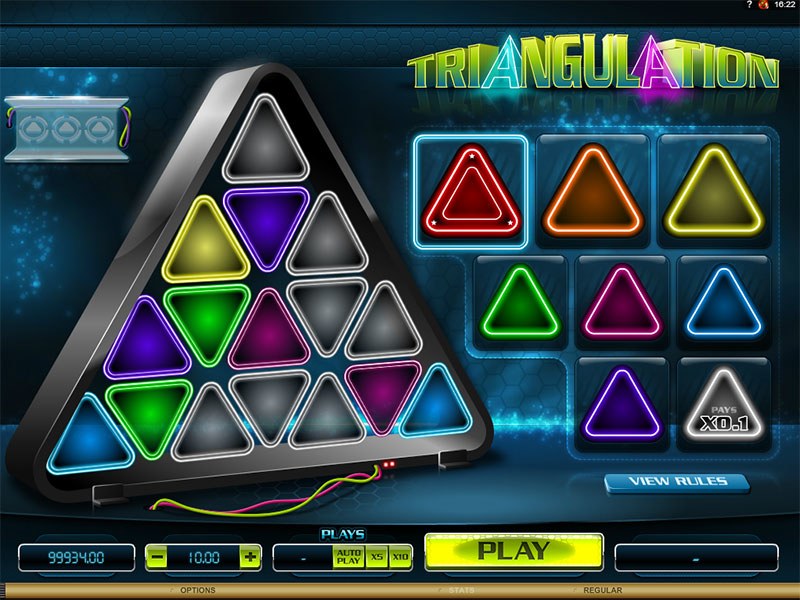 How to Go about This New Sensation

For a player to succeed, he or she must have four triangles in just one chain. The amount of the payout will mainly depend on the color and the quantity of the triangles. One black symbol, for instance, will grant a player a payoff of an x0,1 index. This is one-tenth part of the total bet. On the other hand, one wild is paid out by x10 multiplier. The moment the payoff is charged by the combination, all the symbols that have been included into it will vanish, and new ones will drop in at their places.

Plenty of Bonuses in Store, Too

Even in the absence of the requisite symbol, this slot is available with two bonus features, all which are designed to give the players more chances of winning the money. The first bonus is a cascading feature launched on the random basis.

This Is the Verdict…

Whereas The Triangulation slot might not be geared towards high rollers that would enjoy big potential payouts, it is still a breath of fresh air for most ordinary casino slot players. The game is not complicated, but it might get a bit confusing especially for a first-timer. After playing the bonus game, players will definitely get the hang of this game and enjoy it more.