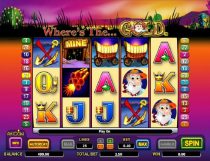 The entire record of human history is consistent with mankind’s love for gold. Wars have been fought, lands have been conquered, cities, kingdoms, empires, and dynasties have been risen and fallen because of it. From the Golden pyramids of Egypt to the California gold rush of the mid to late 1860s, that glimmering dull yellow precious metal has remained a treasured item for many people. 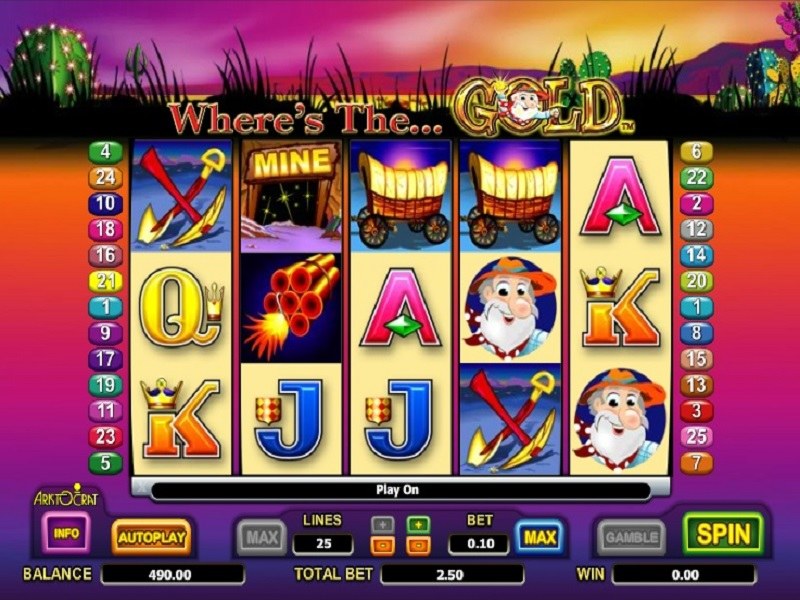 For this reason, mining for this precious metal is something that is as old as civilization itself. All around the world, there are numerous ancient and modern mines that have been created to find this treasured mineral. All through the ages, it has come to be associated with wealth, position, and power. In short, it is the badge of the aristocracy. It is no surprise that Aristocrat, Australia’s premier slot software platform has a gold-themed pokie in its catalog.

This title was first released on land-based casinos way back in 2003. It turned out to be a monumental success as it quickly became a favorite firm among avid casino gamers. Spurred on by the level of acceptance of this release, Aristocrat made the decision to have it available for play in online casinos as well.

This pokie is a video slot offering from the Aristocrat gaming software. It features 5 reels as well as 3 rows and 25 paylines. The variance level of the game can best be described as being somewhere between medium and high. This means that the possibility of big wins is there, but the regularity of such isn’t on the high side. The minimum bet amount is 5 coins, while the maximum bet amount is 125 coins.

The symbols on display for this pokie are mostly in line with the general gold mining theme. Some of the symbols include items you would normally find in a mine such as:

Dynamites are quite ubiquitous on most mines and in staying true to this fact, it is one of the symbols in this game. The main character is a gold prospector. He has a cheerful disposition, sporting completely white hairs and looking like he has hit the jackpot. There is also a mine entrance symbol that looks positively enticing with the prospect of huge stashes of gold. The other symbols are the usual Joker, Queen, King, and Ace playing card symbols. The mining-themed symbols are the high-value symbols as you would expect while the playing cards are once again condemned to represent the lower values.

There is no wild symbol for the base game. The scatter symbol is as I’m sure you’ve guessed, the dynamite icon. In the free spins round, there is, however, a wild gold symbol. The RTP for the slot is 94.92%.

The graphics of the game are moderately good. It does seem a little pixelated at times, but that will not bother too many people, especially when you are trying to strike some gold. The theme of the game is a nod to the 19th century California gold rush that shaped the landscape of most of Western United States. The old wooden wagon, pickaxes, and the mining outfit of the prospector all portray elements from that time.

There is no restriction on the number of active paylines that can be bet on during the base game. The wager is also flexible, so it is suitable for cadres of slot gamers: high rollers or folks on tight budgets. This particular pokie is known for its considerably high volatility. The coolest part of this title is definitely the free spins round.

Activating the bonus round requires landing at least 3 of the scatter icons on any of the 5 reels. The bonus round has 10 free spins, and the wild symbol makes an entrance here. The bonus mode for this game is truly entertaining as the player gets to make a choice from five mining characters. The names of these miners are as follows:

The game might look and feel a little dated, but it more than makes up for it by being fun and interactive. The fact that it is also available as a web-based slot game for smartphones is also something of an advantage especially for gamers who prefer to play on the go.