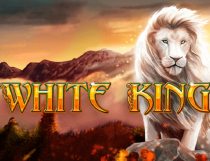 Going into the year 2014, the Gaming community was buzzing with the much-anticipated White King slot game. Playtech had been expertly fanning the embers of the buzz, and the hype was almost fever pitch. The YouTube preview was popular among avid pokie aficionados and reviewers alike. Finally, it was released, and the rest they say is history. 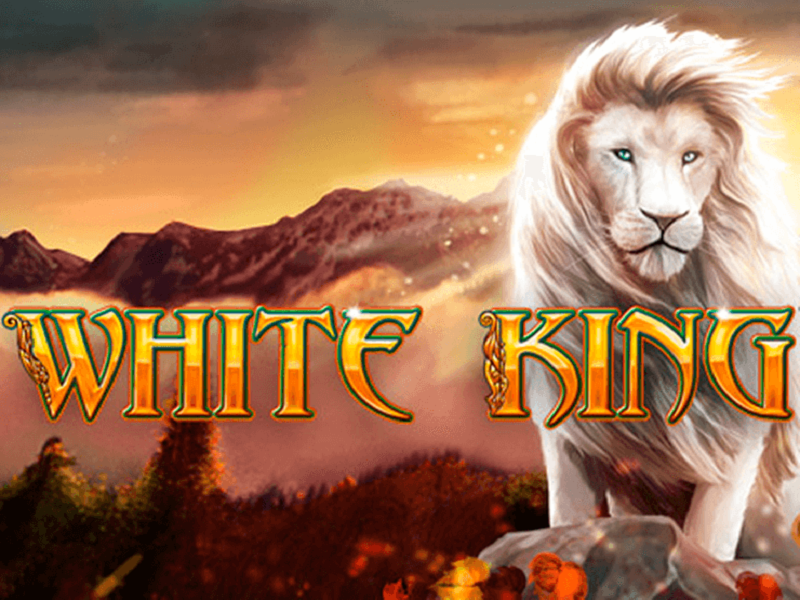 Playtech has often taken a fancy to animal-themed pokies. In this title, they continue this tradition. Wondering what the White King is? Here’s a hint, it’s the brightly-colored furred subspecies of the undisputed king of the African Jungle. Yes, you got it, the White Lion. Wildlife experts will tell you that this species is indigenous to Timbavati, a region in South Africa, near the border with Mozambique and Swaziland.

It is a truly rare breed, not as ubiquitous as the usual shade of the big Leo that everyone is more familiar with. These lions usually have a sense of awe and majesty about them. They embody the characteristic pride that has come to be associated with Lions. It is this awe and majesty that Playtech has expertly melded into this particular title.

This title is a 5×40 video slot from the stables of Playtech, one of the most renowned gaming software providers in the business. 5×40 means 5 reels and 40 paylines. These paylines are adjustable so that players can make any number of them active. The general ambiance is a safari theme which blends well with the natural habitat of the game subject. It also gives the title a more authentic feel when playing the game. It features crisp and clear graphics. The elements, background, and icons have been expertly designed making the pokie provide an overwhelmingly immersive experience for the players.

Playtech doesn’t disappoint with the symbols for this slot. These symbols include:

In addition to these symbols there are the usual 9 through ace playing card icons. These symbols appear in a deep blue-colored reel set against a vibrant green backdrop. The main background is dominated by a snow-capped mountain in the back which ties the scenery together. The White King (White Lion) is the wild icon for the game. There are no restrictions on which reels it can appear on. This icon can substitute for all other symbols save the game logo. The scatter symbol is the game logo icon. The RTP for this pokie is 90.05%

There are some preliminary steps that players should take before starting the game. They are for the most parts, pretty standard procedures:

There are also miscellaneous options like Bet Max and AutoPlay. The Bet Max option will activate the maximum coin amount and automatically spin the reels. The Auto Play function allows players to set a number of times for the reels to be spun automatically without any interruption. Players can also activate the Turbo Mode which significantly increases the pace of each round by speeding up the spinning of the reels.

Landing the White Lion icon yields the most significant win during the base game. Landing 5 on an active payline earns the player a jackpot of 1,000 coins.

There is no progressive jackpot for this offering, but players can activate the free spins round. To do this, the scatter icon (game logo) has to appear on the 2nd, 3rd, and 4th reels. The player then earns a bonus round of 5 free spins which can be extended all the up to 35 free spins. All you have to do is keep landing at least 3 of those game logos on any of the reels. There is also the stacked wilds feature which pops up in the free spins round that can significantly increase your winnings.

The White King isn’t as lucrative in terms of winning potential as some of the other offerings in the Playtech catalog, but it is worth giving a spin. The variance is also a little on the high side but the stacked wilds feature in the bonus round helps to make up for that a little bit.