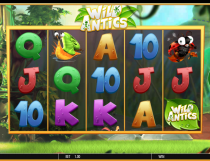 Wild Antics slot is a five reeled forty paylines video slot by Blueprint Gaming. It is based on an ant theme and features amazing symbols such as ladybugs, caterpillars, slugs, ants and the regular poker card symbols Ace, K, 10, Q, and J. The slot has a leafy background and utilizes excellent sounds and graphics to bring out the theme superbly. Players will certainly find the outlook very enticing. 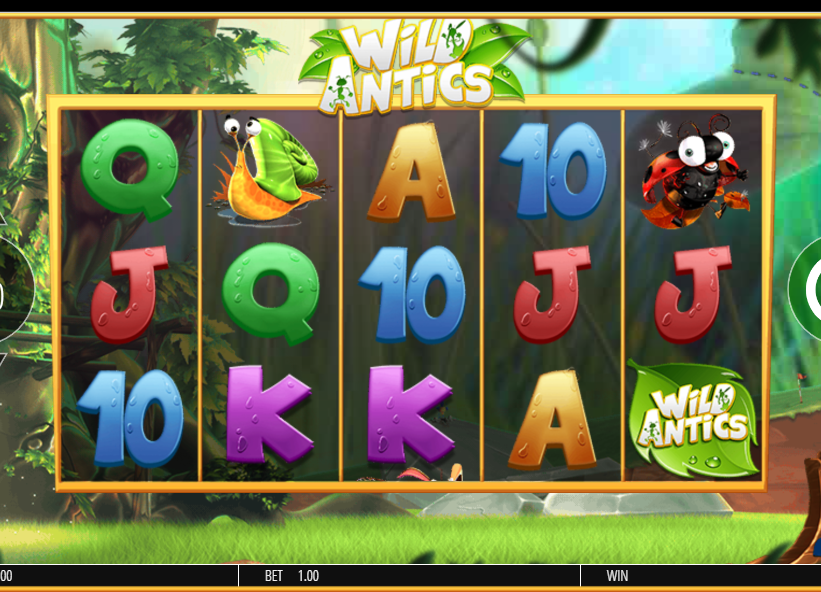 How to Play and Win in Wild Antics Slot

This is a very intriguing slot with many awesome graphics and bonus features. Despite all these, the gameplay still remains quite simple and straightforward. The value of the coin ranges between 0.2 and 25. You can only gamble with one coin per line. Players can opt for the following options:

The best way of making lots of money in this game is playing as many rounds as possible. For you to do this, you must manage your bankroll properly. This game has high probabilities of awarding wins; thus, the more you play, the more you win. If you have less cash, stick to the regular games and make moderate winnings.

Blueprint Gaming is one of the developers that is committed to creating games with several bonus features. Wild Antics is certainly a typical product of this company. There are many bonus features that can lead to incredible winnings in this game.

First, the game starts with ants wearing various jetpack antics that have various significance. They include the following:

The player is expected to choose one of these antics before proceeding to the main game. Aardvark Antics makes the reels wild, Wild makes some positions wild antics, Colossal makes some ants pass on the screen awarding some wilds and Frantic antics shuffles the symbols of the game making winning combos.

The wild symbol replaces all other regular symbols leading to a winning combination. There is a bonus symbol that can appear on either the first or third reel awarding free games. Special wild symbols referred to as roaming wilds emerge on reel 5 during this round. A worker bonus that emerges roams around thus improving your chances of winning.

The soldier bonus awards multipliers ranging between two times and five times and also roams around improving your chances of winning. The colonel bonus, on the other hand, is an expanding wild that covers the entire reels activating all bet lines. Lastly, there is a queen bonus which can expand the colossal thus activating all the forty bet lines of the game. Also, note that if the ants with jetpacks emerge, they activate the bonus again.

Wild Antics is a top class slot with extraordinary features. The gameplay has excellent unique features which make it very entertaining. There are many bonus features which can even be overwhelming. This is an ideal game for players in search of a thrilling and exciting slots experience.